Making of Hydro Soul, the Technical side 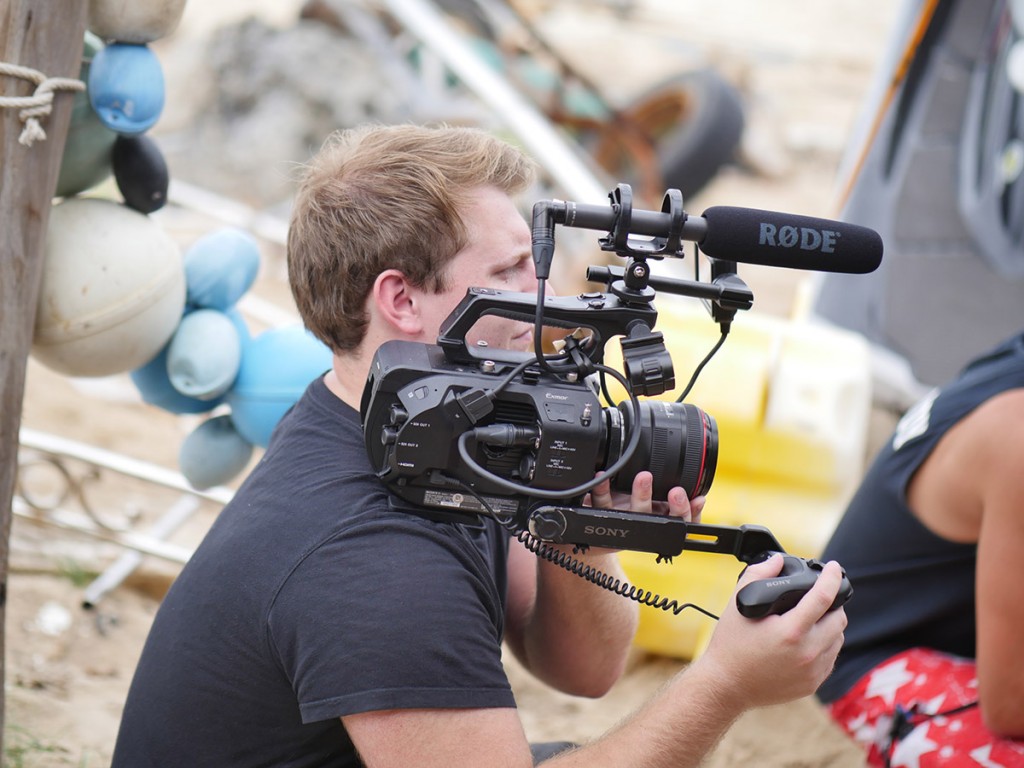 The man behind the camera, Chris Plunkett

We had a fantastic time as captured on film as shown in the movie, behind the scenes it was epic as well. Planning began months before with the concept to shoot a film in the tradition of a surf safari. To go to an exotic place with a group of people and document what happens. We watched various surf and skate and snowboard documentaries, thinking how they locked down a moment in the development of a sport for all time. This was what we were after, not to make an advertisement for the brand, but to allow the riders to explore and be able to share this exploration with the world. From the origins of surfing came the name “soul” and the name Hydro Soul Project materialized early in the production.  We wanted to gently push the boundaries of what was possible, experimenting with inflatable Jaxx, camera angles, different styles of riding and a different more soulful way to look at the sport.  We wanted to give something back to the athletes that give so much to this young sport.

We traveled frequently to Ko Samui Island in Thailand for our testing trips. While there we imagined what it would be like to bring over a bunch of riders and travel to the different locations and film the resulting flights. Over time we started to make this a reality. We knew the rocks and the island backdrops where going to be beautiful. We brainstormed on the format, where to go and who to ask along. The list started with Ben Merrell, he was enthusiastic and suggested other riders. We decided on split between Jetblade riders and Jetpack riders.  We checked out

Someone suggested Devin “Supertramp” Graham. We liked the boppy energy of some of the early videos, but it did not translate into the longevity of the story we wanted to tell with the Hydro Soul Project.  And the rates were way beyond our budget in any case!

We asked Larry Katz a few suggestions on how to approach making a film.  He was excited about the project and offered to contact a few people to participate, the project was underway.  Larry contacted a young director Patrick Graham, one of his former students at the Full Sail University Film School and we looked at some of the work he had done and were impressed and asked him if he would be interested in working on the project.  He answered with an enthusiastic yes! Patrick suggested a cameraman named Chris Plunkett and he was on board for the adventure as well.

We started to talk about the camera, kinds of slow motion we wanted, we wanted to be close to the action, surf style photography, up close and in the scene.  We researched cameras and lenses and waterproof cases.  The first instinct was to shoot an a RED camera, we resisted this a bit due to the fact that we really wanted to go guerrilla and shoot up close and be less restricted by fear of killing the camera!  Additionally there were some concerns about the technical issues and the frame rates.  Camera equipment is rented by big supply houses and that was an exercise in itself coordinating the rentals and insurance for a trip to Thailand.  We chose a SonyFS7 for the dependability, high frame rate, compact size and lens compatibility. 180 frames per second was what we were after.